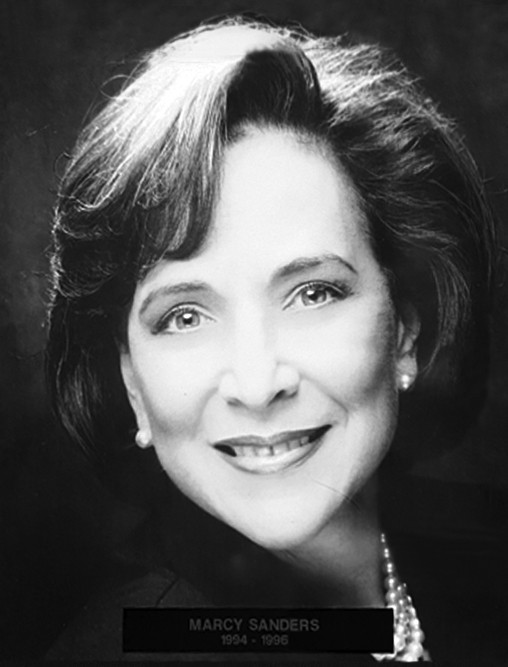 Marcy Sanders is not afraid to dream big

If you have ever spent time in the Katz Jewish Community Center, perhaps attending the annual book festival or the Maccabi Games, working out in the gym, or picking up a child from the early childhood center, you have Marcy Sanders to thank. Dedicated to the South Jersey Jewish community since the 1970s, Sanders is one of the driving forces that has made this community what it is today - and a testament to the power of turning dreams into reality.

In 1994, Sanders followed the example of Natalie Gordon, the Jewish Federation of Southern New Jersey’s first female president, and became the second female Jewish Federation president in the history of the community. Her goal was to make the new JCC campus a reality. Calling the project “my baby,” she spent a decade planning, fundraising, and inspiring community support for the place that would become the heart of the community.

Finally, in 1997, Sanders’ dream came true: the campus that we know and love today opened, and since then has been the home of the Jewish Federation of Southern New Jersey, its agencies, and a welcoming meeting place for the entire community.

Since her presidency, Sanders has served as a board member for the Jewish Community Foundation, Inc. (JCF) and was the first co-chair of the JCF’s Grants Committee. She received the Community Service Award in 2000 and was honored by JCF as an honorable Woman in Philanthropy in 2009.

Sanders and her late husband, Harold, also created an endowment fund to support the Federation’s annual JFund campaign in perpetuity. In other words, her decades-long labor of love will be preserved for as long as the community continues to thrive.

Marcy Sanders dreamed big, and so was able to accomplish big things, to the benefit of our entire community. In honor of Women’s History Month, we express our admiration and gratitude to Marcy Sanders.