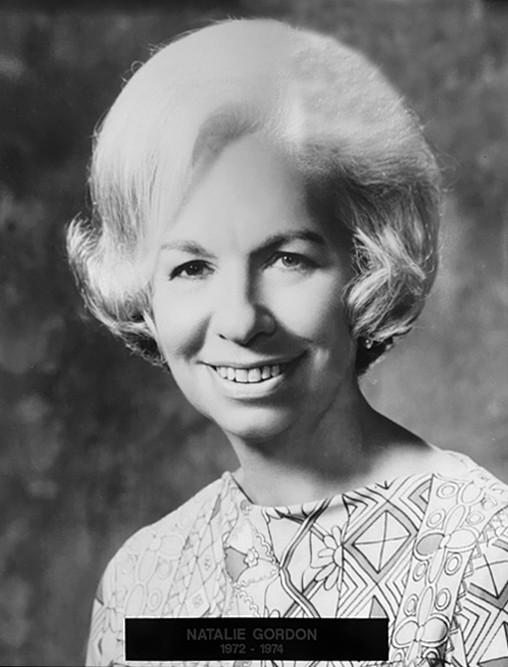 Natalie Gordon is proof that dedication to the global Jewish community can continue throughout one’s lifetime. Born on May 3, 1920 in Scranton, PA, Gordon attended one year of college at Wellesley before getting married at the age of 19 and moving to Haddonfield with her husband, Dr. Milton H. Gordon. Once her three children were in school, she enrolled at Rutgers University in Camden, where she graduated with honors in 1958, the first student in the history of Rutgers-Camden to achieve a perfect 4.0 grade point average. She then became a professor of English at Rutgers.

For many years, Gordon was active with the Women’s Campaign for the Jewish Federation of Southern New Jersey (then called the Jewish Federation of Camden County), and eventually became the Federation’s first female president in 1972. A role model to other women, she was a strong advocate for Jews in need in South Jersey and in Israel. In a time when American Jewish women were just beginning to find their voices, she used hers proudly to help others. Her work was vital to the growth of the South Jersey Jewish community, which would not be what it is today without her help.

Gordon’s dedication to the community and to Israel was evident to all - especially after her presidency, when she and her husband made Aliyah to Israel, where from 1980-1983, Gordon served as president of Americans & Canadians in Israel. Gordon used her energy and passion to build bridges between communities across the world, and to support the growth of the Jewish homeland. Pioneers like Gordon and her husband who, in their 60s, left the comfort and security of the United States to start over in a new culture are the reason that Israel is the vibrant, thriving country we know today.

After the death of her husband, Gordon returned to the United States and settled in Pennsylvania, where she lived until her passing at the age of 90. For almost a century, Gordon exemplified dedication to and effort on behalf of the Jewish world and blazed a path for future Jewish American women to carry the mantle of leadership into the future.

In honor of Women’s History Month, we honor the memory of Natalie Gordon, z”l.