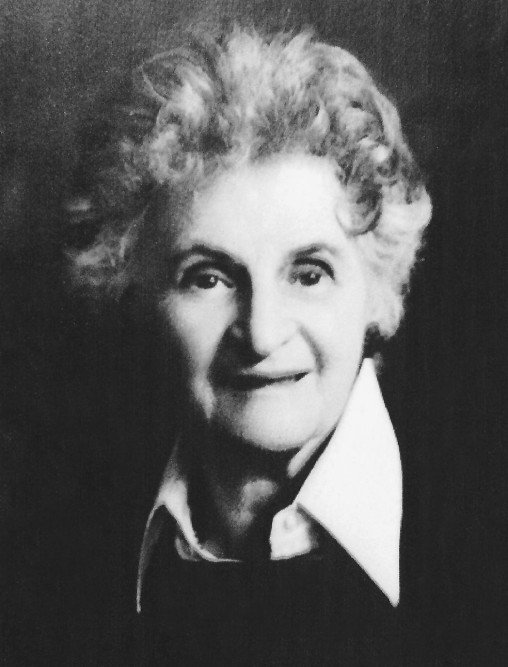 Ruth Saltzman was a woman of vision with a clear eye on the future. At 16, she made her first purchase of real estate in Camden with the help of her father, who used his earnings from the family store to buy rental real estate. Ruth collected the rents for him and liked doing that. She bought more and more real estate including the eventual site of the Ellisburg Circle and Barclay shopping center in Delaware Township, later renamed Cherry Hill. This kind of foresight enabled Saltzman to become one of the wealthiest people in South Jersey – but even more importantly, one whose philanthropy made an impact on countless lives.

Ruth became involved in the Camden-based Jewish community primarily through the Jewish Federation.  As a result, she developed a close relationship with Bernie Dubin, the Executive Director of Federation at that time.  Together, they envisioned a community in which Jewish life could thrive. Her first major significant contribution was to the Jewish Geriatric Home (JGH),  as she was particularly concerned with the wellbeing of the elderly. She was made an honorary member of the JGH board. Saltzman was also part of a committee that assisted Eastern European refugees settle in the area and was an active Board Member of what is now the Jewish Community Foundation.

Looking to carry out her desire that her wealth be used after her death to help create the Jewish community she and Bernie envisioned, in 1978, they created the Raymond & Gertrude R. Saltzman Foundation as a supporting organization of the Jewish Federation. For the next 10 years she helped put in place guidelines for the operation of the Foundation.

Along with the community’s older population, Saltzman felt passionate about Jewish youth, which is why she, and eventually the Foundation board after she passed, funded scholarships for camp, day schools, after-school synagogue programs, and early childhood education throughout the community, as well as educational and cultural programs and critically needed support for individuals with special needs. Saltzman is the reason we have such a wide variety of programs and services for children and seniors in South Jersey, as well as facilities such as the Katz JCC, Lions Gate, and subsidized housing for thousands of seniors. In her view, these were all pieces of a much larger picture in which the needs of all community members would be met. Since her death in 1988 when most of her considerable estate passed to her Foundation, the Saltzman Foundation has provided over $80 million to the community through more than 100 grants to support Jewish seniors and Jewish children in the tri-county area, as well as assistance to Jewish people overseas.

Until the end of her life, Saltzman remained an active volunteer of the Federation, a life member of Hadassah, and a contributor to the Harry B. Kellman Academy, now Kellman Brown Academy.

Countless people have benefitted from her foresight and wisdom, and she is still vital to the longevity and success of our South Jersey Jewish community. Through her foundation, Ruth’s name, values and vision live on each and every day.

In honor of Women’s History Month, we honor Ruth Saltzman and the vision she transformed into reality.